A Jewish son's playful reflection on the Assumption of Mary 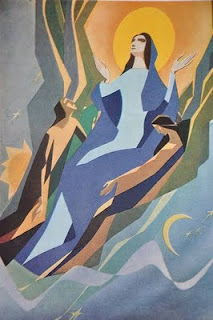 It has always seemed odd to me that so many people struggle with the doctrine of the Virgin Mary's assumption into heaven. "This event has no basis in Holy Scripture," they say, as if that statement somehow settles the argument. Scripture, it is true, is a primary source of Christian belief and teaching, but it is not the only one. As a Jewish son myself, I can hardly imagine a faith where Mother Mary is left down here below. That just doesn't make sense to me. I must say with a certain amount of both seriousness and impishness that the stereotypical closeness between Jewish mothers and their sons has a bedrock foundation of truth that cannot be overlooked or dismissed, despite the supposed lacunae of Holy Scripture.

Archbishop of Canterbury, Rowan Williams, has noted that the unity of doctrine is articulated through analogy, which is essential, for example, to integrating the salvific narrative of the Old Testament with that of the New Testament. Our reliance on analogy helps us to see even in our own stories, our own lived experience, the Christian faith and witness in new forms, and yet preserve Christianity as something distinct and identifiable. Williams explains that "'Is it the same God?' is a question not to be answered apart from the question, 'Is it the same hope? or 'Is it the same pattern of holy life?'" (Williams, On Christian Theology, 24) Through this analogical approach, we can perceive whether these potential glimpses of truth are consistent with the underlying story of salvation that God is trying to reveal to us. The doctrine of the Assumption is an excellent example of this process. "To explore the continuities of Christian patterns of holiness," he says, "is to explore the effect of Jesus, living, dying, and rising; and it is inevitable that the tradition about Jesus is re-read and re-worked so that it will make sense of these lived patterns as they evolve" (Williams, 25). 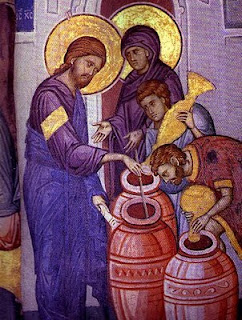 So, as I read the Scriptural accounts of Jesus' relationship with his mother, I draw analogically upon my own experience as a Jewish son, and declare unequivocally, "Well, of course, he brought his mother into heaven. What kind of son would he be if he didn't!" Needless to say, this intuition is not limited to Jewish sons, and even without this cultural background, I think I could get what the doctrine is about. It is about the relationship between mother and son, and the mother's role in the story of human salvation. For example, the wedding feast at Cana in the second chapter of the Gospel of John reminds me of my own Jewish mother's guidance about hospitality and good manners. I smile as I think about Mary chiding Jesus, "The wine has run out. I thought I raised you better than that? Hop to it, Jesus--and you servants, do what he tells you." Jesus at first balks petulantly about his time not having come yet, BUT he complies with Mary's wish and turns the jars of water into wine. Some might consider this Jewish mother a little domineering perhaps, but the nagging is all for the good, and Mary discharges her responsibilities admirably. Her ascension into heaven is but an affirmation of her integral role in the story of Jesus' salvation of humanity. To bear (and raise) the son of God is no small vocation, and it certainly would require a formidable woman to pull it off. No wimps here. 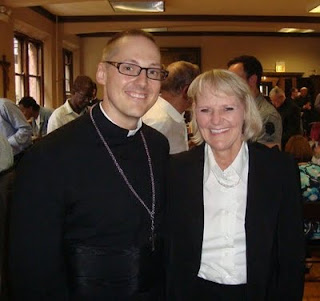 As the old joke goes, "all Jewish mothers think their sons walk on water, but in Mary's case, it just so happened to be true." My mother has always articulated great pride in me. I have her to thank for the solid character-building that I received growing up and that has made me the good person I am today. And goodness knows, I sometimes I lapse into bad manners or thoughtlessness or fail in my filial duties, so I am grateful that my mother still calls me to account. If Mary is anything like the other awesome Jewish mothers I've known, for Jesus to leave Mary down on earth would no doubt result in some pretty harsh and justified rebukes: "You don't call. You don't write. This is the thanks I get for carrying you in my womb for 9 months? After all the sacrifices I've made for you . . . you'd think you'd be a little more grateful." Well, all joking aside, she'd be absolutely right; so despite Holy Scripture's silence on the subject, let's give Mary the place of honor in heaven that she so clearly deserves. After all, would we do any less for our mothers?