Theology of the Tempest

I'm sitting here barricaded in the St. Clement's rectory, waiting for Hurricane Sandy to hit the city and feeling much gratitude that this ramble of buildings will serve as a reliable bunker against the tempest.  Now, this may seem like an odd time to wax theological, but I'm always preoccupied by a natural event such as this, because in the aftermath, people raise difficult theological questions.  Natural disasters, such as hurricanes, tornadoes, tsunami, earthquakes, and forest fires, often precipitate crises of faith.  Suffering people quite understandably ask, "How could a just God allow so much destruction and loss of life?"  "Where was God in Hurricane Katrina?"  "Doesn't God care about us?"  These questions are troublesome, because they lead people to some really distressing conclusions.
"If God has the power to intervene, but doesn't, then He must choose not to, because he doesn't care what happens to us." OR "If God doesn't intervene to save us, then maybe it's because he isn't all-powerful, in which case, God ceases to be God.  Or maybe he never existed in the first place."  Either way, it's pretty depressing. 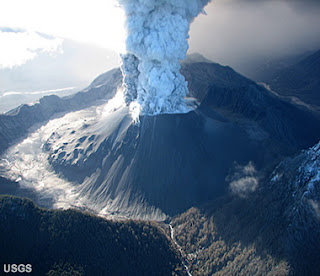 So, how can natural disasters--or cancer or birth defects or any other natural cause of human suffering--be part of a divine plan constructed by a benevolent and loving Creator?  I confess that I don't have a tidy or uplifting answer, but perhaps a useful insight.  As a Christian and a theist, I accept as a foundational premise that God is all-powerful, and yet I also believe that God has granted to the created order the power to act, to create and to destroy.  Stars are born and die.  Planets, moons, and other interstellar bodies orbit, collide, and remake each other without God interfering.  Earthquakes, volcanic eruptions and tsunamis reshape the face of the earth and the life that inhabits it.  Microorganisms, plants, animals, and humans engage in the procreation and propagation of their species.  God conferred on humanity, moreover, the special gifts of existential self-awareness and free will, which expand the scope of its agency within the created order.  If human beings have agency through free will, how might the rest of the natural world likewise exercise agency independently of their Creator?

Roman Catholic theologian, Elizabeth Johnson, has proven very useful to me in tackling this question.  In Quest for the Living God: Mapping Frontiers in the Theology of God (2007), Johnson points to the providential character of chance that God has embedded within the natural order.  The presence of random chance, she claims, allows the natural world to avoid the death of stasis and to evolve toward richer forms of existence, granting the universe some autonomy from the Almighty Creator.   I would argue then that chance accords to nature the independent agency that in humanity is made possible by free will.  In both cases, the divine imprint may be difficult to discern.  “Unpredictable upheavals might be destructive,” Johnson admits, “but they have the potential to lead to richer forms of order.  In the emergent evolutionary universe, we should not be surprised to find divine creativity hovering very close to turbulence.”   Chance and free will can equally lead to nurturing or destructive outcomes, but regardless of the moral valence we attribute to these results, we must conclude that autonomous agency is likely part of God’s divine plan for Creation.

Now, this is not to say that God wants an Indonesian village to be swallowed up by a tsunami, or for a person to get cancer, or for a child to be born with a debilitating disease, or for people to be maimed, killed, and dispossessed of their homes and livelihoods.  This is not to say that bad things that happen to good people are fair, after all.  I believe that God suffers with us in adversity, that He does care when life is not fair.  But fair's got nothing to do with it.  What I am suggesting is that randomness and chance in nature may be part of God's plan, just as human free will is, and that in each case, the outcomes can be good or bad, life-giving or destructive.  God, though all-powerful, has given humanity and nature the autonomy to act for themselves, without interfering in the results.  I acknowledge that such a theory may not be comforting, or popular, or pastoral, but at least it gets us away from thinking that God doesn't exist, God doesn't care, or God is actively working against us.  What I have posited, of course, is not without its problems and weaknesses.  And there's another part of me that believes that God does intervene miraculously in human events in response to our prayers and cries.  So, we must continue to pray as the storm approaches.  Good Lord, deliver us.