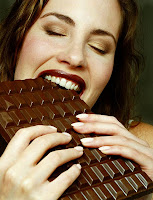 The traditional Lenten disciplines are prayer, charity, and fasting.  Many people have practiced the last of these three by giving up luxuries, such as chocolate, meat, or alcohol, for the forty or so days of the season.  I myself have done the same in previous years, but I was thinking recently that giving up such things rather trivializes the spiritual discipline.  Fasting is not about depriving oneself of luxuries, but about stripping away both non-essentials and essentials, even those things on which we depend for our survival.  Pride is one of the worst human failings, and it is very easy to perceive ourselves as self-sufficient when the sacrifice we adopt doesn't cause us much discomfort.  As the story of Jesus' temptation in the wilderness evinces, the evil one's main design is to get us to put ourselves at the center of the universe and to deny our dependence on God. I would also contend that fasting that causes us discomfort, and yet does not benefit anyone else, may fall short of the possibilities that fasting offers.  If the fasting only results in my focusing on my own condition, then I remain self-involved, self-obsessed.  Wouldn't it be better, I thought, to fast in a way that would emphasize my responsibility to others and my ultimate dependence on God?  Who cares if I give up chocolate?  What good would that do?  I don't eat enough of it for it to qualify as a sacrifice.  But I do take much for granted, particularly basic things like clean water for drinking and bathing and electricity to light my home and keep me warm.  Clean water and electricity are inaccessible to a large share of the world's population, and I should give thanks for them by being abstemious in their consumption. 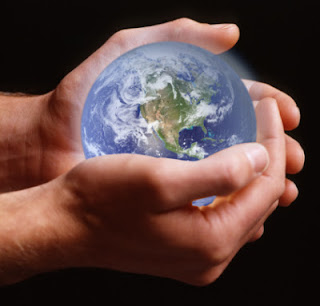 So, my Lenten practice of fasting, abstinence, or whatever you want to call it is to intentionally reduce my use of and dependence on water and electricity, which to me are essentials, but to many others, are luxuries.  I confess that I often leave the water running doing dishes and take long therapeutic showers after the gym.  I often leave the fan and the A/C running in my bedroom, the lights on in every room, and the TV on even when I'm not watching it.  It may not be physically wrenching to show some care in how I use water and electricity in Lent, but it's intentional and disciplined.  It is a practice that will hopefully retrain me to live better throughout the year, benefit the rest of the planet (perhaps only a drop in the ocean, but it's a start), and remind me that I have a responsibility to be a good steward of God's resources.   The notion of human dominion over Creation is a dangerous theological assertion that not only denies the sanctity of the rest of Creation, but also supports industrialized nations' monopoly of the earth's resources and the enduring poverty and suffering of the Global South.
Posted by Fr. Ethan Jewett at 11:55 AM