Why (Some) Americans are Avoiding Church 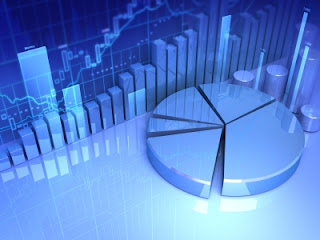 This week the Christian Science Monitor published an article reviewing the findings of the latest Gallup poll that evaluated the perception of religion's role in American society.  The article argues that religious institutions have reached a nadir in influence and credibility not seen since the Vietnam War.  The article also notes, however, that over three quarters of respondents said that American society would be better off if more people were religious, especially in times of transition and crisis.  This is perplexing.  Is the survey saying, then, that religion has an important role in society, and yet religious institutions are somehow messing it up?

It seems the answer might be YES.  One of the benefits of being a priest and having a lot of non-churchy and non-religious friends is that they often tell me what they think is wrong with religion--and by religion, they usually mean institutional Christianity.  I realize that this is only anecdotal evidence, which does not have the same scientific rigor as an IRB-approved, double-blinded clinical trial, but it's nonetheless instructive.  Consider it qualitative research.   As I sat at brunch with a group of non-religious friends last Sunday after church, I got an earful.  Many of them have given up on religion altogether, because they realize that their churches have lied to them, or that the Bible isn't inerrant, or that they were shamed for doubting and questioning what the Church had taught them.  Several of us at one end of the long table wandered into biblical archaeology, liberation theology, and St. Augustine, and we got some weird looks.  Not hostile.  Just curious and alert.  A couple of people even said, "I've never heard Christianity discussed like this.  Why did no one ever tell me about this stuff?"  Well, good question.  I don't know. 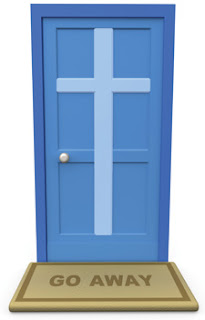 At the top of their list of complaints is one that has been validated by survey data from the Pew Forum on Religion and Public Life.  People, especially young people, avoid going to church, because they perceive many religious institutions as hypocritical.  The Christian Science Monitor article opines that "these numbers, however, probably reflect a growing distrust in almost all institutions, not just established denominations, as well as a rising interest in individual spirituality more than group worship or faith-impelled social action."  That may well be true, but it still begs the question of why there is a growing mistrust in institutions.  For example, "if Christianity preaches a message of inclusion, tolerance, and love," my non-churchy friends argue, "why do so many churches and the people in them fail to walk the talk?"  This is especially the case in churches that many young people view as out of pace with prevailing public opinion on social issues.  I am stunned by the number of people who still conjure up stereotypes of the Church: fusty, prudish, judgmental, sanctimonious, puritanical, even oppressive.  And yet, there is an ample basis for these characterizations in both history and individual witness. The Episcopal Church, for which I feel much love and pride, is perhaps more consonant with the American secular mainstream, but for all of its virtues, it too can be overly cautious, risk averse, and panicky when it encounters things outside its comfort zone.  Institutions, even good institutions, are like that.

A lot of church growth experts claim that what the "Church" needs to do is to offer better hospitality and more accessible and culturally relevant worship, and the young people will flock to us.  No doubt good worship, music, hospitality, and meaningful mission in the community will help with those who already make the brave step of visiting a church on Sunday.  But what about all those people who don't show up?  How do we reach them?  As I discussed with a young brother priest last week, I'm beginning to think we might be doing things the wrong way round.  I know a lot of people (like my friends at brunch) who wouldn't darken the door of a church for worship, and yet are interested in Christianity, religion, or spirituality.  The trouble is that we are misidentifying the problem and hence offering an inappropriate remedy.  A doctor wouldn't prescribe a couple of aspirin to treat cancer, and yet that's what we're doing with respect to peoples' spiritual health.  The spiritual malaise or apathy needs a different therapeutic response. 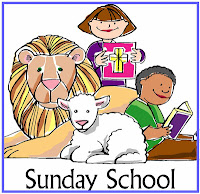 Conversations with disaffected religious and spiritual folk have persuaded me that before people can even begin to think about visiting a church for worship, we need to respond to some more immediate issues.  Most of the people I talk to about religious issues are attempting to process the deep questions of God, the meaning of human existence, the afterlife, and theodicy (the presence of evil and suffering in the world) using the theology they learned as children in Sunday school.  These folks, many of whom are very intelligent and well educated for their secular pursuits, were never given more mature theological tools to process these thorny questions as they grew older.  In a sense, their theological education was truncated early in life and is now developmentally inappropriate.  If people can't find a way forward on these fundamental questions, then offering them more contemporary worship or small relational groups isn't going to work.  Even if we offer theological resources in our preaching and adult education, that's not going to reach all those people who would never dream of appearing on Sunday morning. 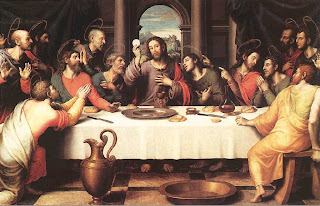 What's holding a lot of people back from going to church is their lack of resources for exploring who God is, why bad things happen to good people, why evil exists, what gives life meaning, and what happens when we die.  I hear people say things like, "Why did God give my mother cancer?" and  "I'm ashamed of being angry at God." and "How can the Bible be of any value if two verses contradict each other?" and "I'm afraid I will blink into nothingness when I die."  Part of the solution may be to explore these questions outside the church wherever people happen to be.  I know the Church says it's already doing this by hosting pub theology nights, 20's/30's groups, and the like.  I'm actually not talking about formal programming, which tends to attract people already receptive to church outreach, but rather identifying casual opportunities to talk with people about religious issues and starting to develop what I would call improvisational catechesis.  I'm not altogether comfortable with the word, catechesis, in this instance, because it carries a suggestion of the institution imposing wisdom from above.  What I have in mind is a more collaborative, exploratory and mutual dynamic that does not place any one person's (especially a priest's) views or beliefs above someone else's.  I was rather thinking of just being present as spiritual companions to each other wherever we happen to be, even over brunch, because I believe that when two are or three are gathered together in Jesus' name, he will be in the midst of us.  Maybe people aren't so much avoiding church, as the church is avoiding them, albeit unintentionally.  Maybe we need to rethink how the church might be embodied, in unexpected places and among unexpected people.
Posted by Fr. Ethan Jewett at 7:35 PM