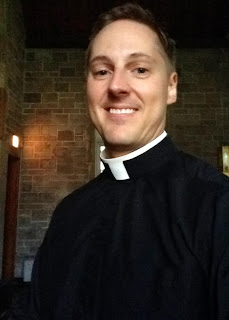 Since leaving my curacy in Philadelphia, I have been asked repeatedly, "Have you given up being a priest?"  The answer is emphatically, "No." "Oh, then did you find a new parish?"  "No." "So, what are you doing, then?"  Oddly enough, I'm working as a priest . . . not that my "flock" often realizes it.  Well, that's hardly surprising, since I'm not attempting to proselytize, convert, or catechize . . . just help them to thrive.

Over the last several months, I have been taking a much-needed Sabbath from the institutional Church that I have loved.  After eight years of the ordination process, seminary, and a challenging first cure, I needed a break.  As a priest, it can be difficult to craft a vocational identity outside of the day-in, day-out rhythm of parish ministry.  During the ordination process, one longs desperately to be done, to receive the laying on of hands, and then to find something meaningful to do with that ordination.  Seminary and "The Process" teach us that the best and the brightest go on to become rectors of posh, historic, or endowed parishes, and those who follow different paths are sometimes viewed as deviants from the ecclesiastical norm.  Many fabulous clergy do go on to head important parishes, but many serve in other capacities. I've heard several of my clergy colleagues say things like, "vicars/chaplains get no respect," and "the Church doesn't take tentmaking / bi-vocational / secularly employed clergy seriously."  This may or may not be true; but, as many congregations struggle to fill vacant sanctuaries, and so few can afford a full-time priest, I have to wonder if the old parish model of ministry will continue to decline; and if it does, what model(s) might emerge alongside it?  I was lucky to find a paid, full-time parish job for my first cure, but I've never expected Holy Mother Church to provide me with a living.  A vocation, yes.  A living, no. 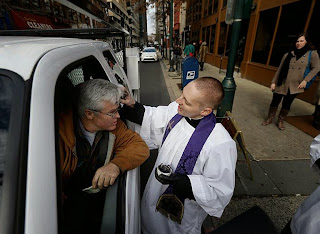 I learned as a curate, moreover, that, as rewarding as parish ministry can be, it can also impose limitations.  Serving as the curate of St. Clement's in Philadelphia has been one of the most edifying experiences of my life, and yet there were aspects of my pre-seminary life that I missed.  I missed a sense of balance between the churchy and secular spheres in which I moved.  I missed the ability to feel like I could be my full self without the pressure to conform to the Church's sometimes unreasonable expectations.  It was gratifying, for example, to read a couple of weeks ago about The Rev. Nadia Bolz-Weber, whose chequered past, tatted guns, and gritty accessibility are equipping her for life-changing ministry in Denver.  I'm not advocating "edgy" for its own sake, but simply affirming the importance of authenticity and integrity for ordained ministry in the real world.  After all, it is easy to feel insulated from society at large when one's cure is confined almost exclusively to the few people who show up for mass on Sunday, however much you may love those people.  Participating in the Ashes-to-Go movement over the past two years has convinced me that the concept of a "parish" may be somewhat outmoded, and that priestly ministry might have a greater reach and impact if we opened ourselves up to new sites and--dare I say--new styles of priesthood.  In my early years of formation, I'd often pictured myself becoming a sort-of missionary-chaplain-at-large, taking ministry on the road as an Episcopalian, a progressive Anglo-Catholic, and an emergent Christian--and undoubtedly other things, too--moving freely between traditionally secular and sacred spaces.  I tried life as a parish priest, which I enjoyed, but I'm also excited by my return to something a bit more unconventional.

And let's be practical.  Everyone knows that full-time jobs in parishes are hard to come by, and even hospital chaplaincies have dried up over the last several years of economic austerity.  Looking for a new job is always a disheartening process, and take it from me, telling the HR recruiter you're a priest raises more than just an eyebrow.  But, it's because I'm a priest--not in spite of it--that I now serve as Director of Executive Services for the American Academy of Pediatrics (AAP), the not-for-profit for which I had worked for ten years prior to seminary.  Not what I was expecting to do, to be sure, but it's a surprisingly good fit.  It's a good fit, because the job is deeply relational.  I realized early on during the long interview process that the Academy was seeking a person to nurture and empower its physician leaders, so that they could thrive and do the advocacy work they were called to do on behalf of children.  In a very real way, the organization is a tight-knit community of people with shared values and a common mission who need to feel well cared for in this work.  It's true that I'm in charge of governance--a nebulous word, at best.  I manage the AAP Board of Directors, the President, the CEO, the Past Presidents Advisory Committee, and some other leadership groups.  I plan events, oversee administration and policy, and manage a multi-million-dollar budget.  But it's compellingly more than that.  A physician recently joked, "so, you're the new Academy babysitter?" "Actually, I think of myself more as the Academy's chaplain," I replied.  And it's true. 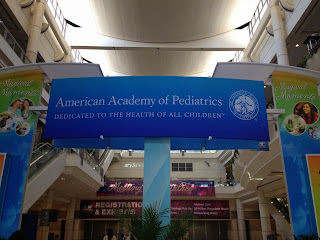 Knowing I'm a priest seems to make a difference to them.  Physicians and staff come to me with their problems, their hopes, their successes, and their grief.  Some are evangelical Christians; some are Jews; some identify as nothing at all.  But my being a priest matters to them, even though I don't wear a clerical collar at the office.  This has been a startling revelation that reminds me that being a priest is not just about presiding at the Eucharist on Sunday.  It is an embodiment of the inner wiring that reshapes us during formation and at ordination. Remember what we learned about that indelible sacramental character?  Well, it's real. Psalm 110 claims that "Thou art a priest forever, after the order of Melchizedek,"  which I've begun to understand in a broader way, that we stand in persona Christi not just at the altar, but in the other areas of our lives where we encounter brokenness, hope, and a yearning for relationship.  It attests that even with many parishes falling on hard times, there will still be a need for priestly ministry in new locations and among unexpected people.

Now, don't get me wrong, I'm not inpugning the value of parish ministry.  In fact, I've recently done some supply work, and I'd love to find a parish to land on Sundays and feasts where I can say mass occasionally, help out an overworked and beleaguered rector, and experience community. At the same time, though, I'm becoming aware that the Holy Spirit may be guiding some of us to new opportunities for priestly ministry in places where the Church and its clergy have been largely invisible.  If I've learned anything as a member of the Society of Catholic Priests, it's that we all face the challenge of relevance in a rapidly changing culture. But I suppose that the likes of Jackson Kemper and the Anglo-Catholic slum priests struggled with this challenge themselves, and so I draw inspiration from their stories and those of my sister and brother priests as they seek to carve out their own fields for ministry on the frontier.