"Well, Father," the Cardinal Rector asks me from his imposing armchair, "what did you learn this week?"  Every staff meeting at St. Clement's invariably begins with this same question.  I usually share some meaningful encounter with a visitor or parishioner or make an observation about the spiritual climate of the parish.  It's a helpful exercise for me to reflect on how I'm doing as a new curate.  After last week's conversation, the Rector said, "I think people might be interested in what you've learned over the last six months.  Why don't you write something on your blog about it?"  So, in these few final days before I'm ordained to the priesthood, I'm going to offer four reflections that will identify what I think I've gained from my time serving at St. Clement's. 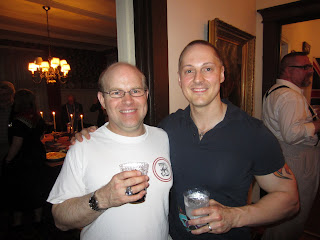 During a party for the Queen's Diamond Jubilee, I ended up chatting in a small group with the Bishop of Pennsylvania, who often comes to St. Clement's for morning mass at 7 before dashing off to the gym to work with his personal trainer.  The group gradually dwindled until it was just the two of us, so I asked the Bishop about his workout routine, and then he in turn asked what I did to stay in shape--a healthy low-carb diet, an hour of cardio in the morning before work, and an hour of lifting in the afternoon or evening.  "It's pretty weird," I said, "to think that I've actually been working out longer than I've been doing just about anything else."  It's true.  I started seriously lifting weights and running in college when I was 18, so I'm coming up on 23 years this fall.  If that doesn't count as a spiritual discipline, I don't know what does.  In fact, daily exercise ranks alongside the Daily Office as a critical part of my spiritual life.  Without it, I would be a neurotic, stressed-out mess that would make everyone around me crazy.

I have often thought that the Church has articulated a rather narrow view of what it means for a priest to "be a wholesome example to [one's] people," as the ordination rite in the Book of Common Prayer puts it.  Wholesome has traditionally been interpreted to mean that the priest will avoid causing scandal in either his professional or personal life in the areas of financial mismanagement, sexual immorality, public drunkenness, and the like.  But I think it might also be helpful to suggest that the priest should model what it means to be a healthy whole person.  I have known many priests who are chronic workaholics, don't take regular exercise, eat poorly, smoke like chimneys, and refuse to take time off to recharge their batteries.  It's easy for that to happen with the long and erratic work hours, tables at coffee hour groaning with sweets, and stressful vestry meetings and capital campaigns.  As a brand-new curate, I have found myself eating too many Philly cheesesteaks, because the diner down the block is fast and convenient, and skipping workouts at the gym, because it was a long and busy day.  But I always manage to discipline myself and return to the healthy habits of my rule of life.  When I get cranky, begin to put on weight, and feel stressed, I know it's time to pull myself together. 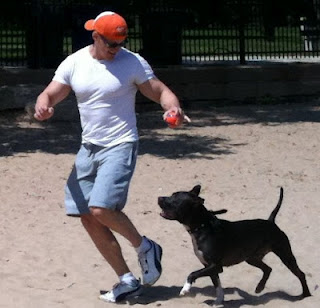 So, my first major lesson learned as a transitional deacon is:  the Church needs to re-think what a wholesome priest is supposed to look like.  And that requires me to remain faithful, despite the demands of the priesthood and the pressures exerted by the Church, to healthy habits I've developed over my whole adult life. It's part of my vocation, and in the end, it's just who I am.  One morning this summer as I was leaving the rectory for a run, I met one of the young mothers of the children in the Montessori school housed at St. Clement's.  Instead of being dressed in my cassock, or at least a clergy shirt and collar, I appeared in the garden wearing a tanktop, shorts, and baseball cap.  She said, "you're not looking very priestly this morning."  "No, I guess not," I replied, "but there's more than one way to look like a priest these days." Staring at my Christian tattoos, she said smiling, "yeah, and I'm glad for that.  It's about time!"  I was relieved by her reaction, because I believe it's important for a priest to be more than a comfortable stereotype.  A priest is a whole person that should model healthy habits for living and integrity in one's identity.  I hope that's the kind of priest I can be.