Pulling the Church Out of the Box 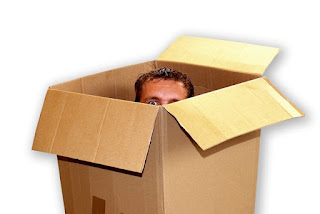 It may be my imagination, but I think the Episcopal Church is a bit obsessed with labels, particularly around that concept of what used to be called "churchmanship," and this worries me.  I consider myself to be a pretty postmodern guy, so I get frustrated when I see folks in the Church pigeonhole others, especially each other.  They verbally place them in a tidy little box with a label, as if to say,  "oh, you're one of THOSE people." I don't only speak for myself, out of my own experiences of being labeled this or that, but also from my conversations with others, both lay and ordained, who have articulated similar frustrations. There seems to be this unspoken, underlying assumption that one can only be one thing at a time.  In the 21st century, this is a modernist bias of the inherited Church that needs to go ... and soon.  That is, if we want the Church to thrive. 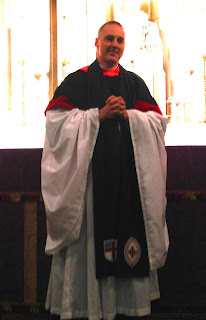 Let me give you a few concrete examples, so that you know I'm not just kvetching.  (1) A couple of weeks ago, I had dinner with a young priest, who told me how much he had hated seminary, because the other students mocked him for not falling in line with the seminary's textbook liberal platform.  Needless to say, I was distressed to hear that his peers had been so mean and intolerant toward him, but I was also kind of surprised, because I know him to be a pretty middle-of-the-road, socially progressive, and theologically moderate Episcopalian.  And a heck of a nice guy.  I, for one, respected him for daring to dissent and refusing to vote a straight party ticket.  (2) I also had a conversation this week with a friend, who moved to a new parish, and was chastised--albeit gently--for having a Roman cassock with a fascia, instead of a Sarum one with a belt.  The implication was, "your outfit says that you're not one of us.  Fall in line."  "Oh geez," I said, "churchmanship ideological battles.  Puh-lease."  (3) Last week, I was invited to preach at the historic Washington Memorial Chapel, and so respecting the ethos and customs of the house, exchanged my Anglo-Catholic uniform for my Sarum cassock, English surplice, tippet, and hood.  Some folks on the broader end of the Church spectrum were incredulous, even indignant, when I posted the pictures on Facebook, asking how I of all people, as an Anglo-Catholic curate, could have dressed up like this.  I am an Anglo-Catholic curate, but I'm many others things, too.  And there is not only one type of Anglo-Catholic.  I answered, "well, I asked what I should wear, and so I complied with the rector's instructions.  My mother would never forgive me if I were a bad guest in someone else's house. Besides, I looked good!"

Finally, I happened to mention to a friend and mentor recently that I found it bewildering that people should have a hard time understanding that someone could identify beyond just one "party" label.  He replied sympathetically that as an intraverted, bilingual, Charismatic Episcopalian with Anglo-Catholic affinities he understood what I meant.  "Ethan," he announced, "you're an emergent, Anglo-Catholic with Broad Church sympathies and an evangelical outlook."  I smiled, and agreed that that was a pretty accurate description.  "If I'm honest," I said, "I'm pretty syncretistic, gathering bits from all over the Christian tradition, and using what works."  "Well, of course," my friend replied matter-of-factly, "we're Anglicans!" The problem with these rigid labels," I added, "is that people tend to project stereotypes onto the people they label."  Now that the U.S. Census Bureau is finally recording the reality of LGBTQ households and multiracial identity, I'd like to think there's hope for the Church, too, in getting past old elitist and othering labels that divide us. 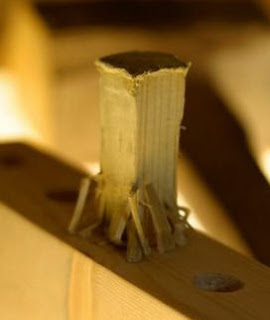 These labels reduce people to a soundbite, and it doesn't just happen inside the Church.  I can't tell you how many times people outside the Church have said to me, "you can't be a priest!  You have tattoos!"  Stereotypes suggest we don't need to get to know a person; we can just apply a cookie-cutter sorting method, put him or her in the right box, and move on to the next person.  I'm reminded of what Paul says in Galatians, that "there is no longer Jew or Greek, there is no longer slave or free, there is no longer male and female; for all of you are one in Christ Jesus."   Paul is not only saying that such distinctions are no longer reasons for division, but also that we cannot just reduce the complexities of an individual to one attribute, whether it's gender, race, sexuality, nationality, churchmanship, or something else.  Part of being an inclusive church in a postmodern world that often thinks the Church is out-of-touch, irrelevant and hypocritical is accepting and embracing other human beings' complexity.  Not attempting to resolve tensions.  Not simplifying folks into labels that we understand and make us comfortable.  Not pounding square pegs into round holes.  New folks visiting our congregations aren't going to resolve their complexities to fit in and make us comfortable.  We need to stop being so intolerant of whatever spiritual flavor we don't find palatable: evangelical, emergent, Anglo-Catholic, Low, etc.  We need to just get over it.

So, I suggest that when we light the new fire this year at the Easter Vigil, we take all those boxes we put people in and throw them on the flames.  Then, we can get to really know each other and appreciate the fullness of who we are as sisters and brothers in Christ.
Posted by Fr. Ethan Jewett at 2:00 AM