The division between secular and sacred space is an artificial human construction.  Those of you who know me well have probably heard me proclaim some version of this dozens of times. Church and world aren't always running parallel to each other, or espousing different values and agendas; sometimes they intersect.

I am a priest, but the other part of my vocation centers on my work in public policy, which I have been doing since 1998.  This work has primarily focused on informing the development of health care policy, conducting health services research, and advocating for physicians and patients.  Earlier this week, I attended the Annual Meeting of the American Medical Association House of Delegates in Chicago.  The HOD, as it is known, is the policy-making body of the American Medical Association, whose voice often influences the course of federal and state legislation through state houses, Congress, the US Department of Health and Human Services, the Center for Medicare and Medicaid Services, and the White House itself.  The members of the HOD are all physicians, who represent every medical and surgical specialty, every state medical society, and every major physician organization.  In this way, the HOD is largely representative of US physicians.


Now, why have I chosen to tell you about this on a religious blog, where I usually talk about liturgy, saints' days, and baptismal theology?  Well, let me begin by quoting the fourth chapter of the Gospel of Luke: "The Spirit of the Lord is upon me, because he has anointed me to bring news to the poor.  He has sent me to proclaim release to the captives and recovery of sight to the blind, to let the oppressed go free, to proclaim the year of the Lord's favor."  In the testimony voiced in reference committees and the House at large, it was clear that physicians shared the sentiment of this verse.  Physicians of many faith traditions and no religious belief at all articulated a shared commitment to the betterment of humanity through the pursuit of justice, equity, healing, and well-being.  Liberal and conservative, religious and non-religious, they all gathered with the intention of formulating health care policy in the best interest of patients.  In fact, one delegate addressed the House with the words of St. Paul from 1 Corinthians 1:10: "Now I appeal to you, brothers and sisters . . . that all of you should be in agreement and that there should be no divisions among you, but that you should be united in the same mind and the same purpose."  I was surprised to hear the delegate openly quote Paul, and yet the apostle's words seemed an appropriate encapsulation of the spirit of the House.  After all, the integrity of the body is a central image understood by both physicians and Christians. 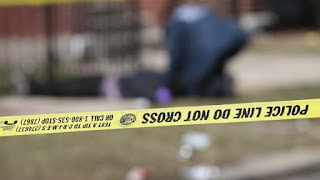 Like many religious people working in secular arenas, I am careful to prevent any particular religious tinge or agenda to influence my management of public policy issues.  The reality of living in a pluralistic society is that we must respect a diversity of perspectives and beliefs about religion and its role in the public square.  I do, however, allow my humanistic values as a Christian to inspire and inform the understanding of my role as a policy wonk, because I think it's important for our faith to inculcate a sense of responsibility for other peoples' welfare.  This is as true now as it was among the fledgling Christian communities of the apostolic era.  As I listened to speaker after speaker debate perspectives on issues ranging from the Affordable Care Act and US pharmaceutical shortages to obesity and gun safety, I was assured that religion and policy have something in common. All of this occurred during what was reported to be Chicago's most violent weekend so far this year, with seven killed and three dozen wounded.  Knowing that seemed to remind all of us that the perorations at the microphone matter a great deal.  They can lead to increased access to health care for some, and barriers to access for others.  They can affect the quality of care, patient safety, health care costs, and the social well-being of real people, such as those who were shot over the weekend and brought to Chicago-area hospitals for care.

For a variety of reasons, we tend to compartmentalize secular and religious concerns--and this is often appropriate--but I would argue that there is a pressing need for people of faith to take an interest in what happens in the public policy arena.  The testimony and perspectives offered this past weekend against the backdrop of extreme violence demonstrate that people of conscience should gather to discuss difficult issues and work toward consensus for the betterment of all human beings.  Even where opinions differ widely, both philosophically and pragmatically, there is value in participating in fora where moral and ethical concerns are placed center stage.  So many of the physicians I observed spoke to the need to make a difference, to engage in work that is purposeful and transformative.  It is in this kind of engagement that both religious and non-religious will be able to declare as Jesus did in the Gospel of Luke, "this prophecy has been fulfilled in your hearing."