I sat on the sofa in Fr. Bob Orpen's modest living room, listening to him talk about his long career as a parish priest, while his wife, Vinnie, pottered about in the kitchen nearby.  I had just finished my first year of seminary and was doing the one unit of Clinical Pastoral Education (CPE) required for ordination at a South Side retirement community.  As luck would have it, I had been assigned to the two floors where two retired Episcopal priests lived.  I visited them every couple of weeks for a chat and some much-appreciated mentoring.  At the time, Fr. Orpen was the diocese of Chicago's most senior priest.  He was kind, humble, and wise, and I was grateful that he was willing to spend time with me to tell and show me how to be a good priest.

It was he that explained to me the difference between saying prayers and actually praying--his daily list of intercessions was comprehensive and sincere, and stretched back decades.  Fr. Orpen was also the one who urged me to get a confessor and make regular use of the sacrament of reconciliation.  Fr. Orpen was a slight, quiet man with glasses, and he would lean gently from his blue armchair toward me to impart some special point of priestly spirituality.  On this particular day, he leaned over and explained that the experience of what used to be known as auricular confession was quite different than the general confession we did in the Eucharist on Sunday mornings.  It has a specificity and accountability, and hence intensity, that just cannot be matched by the anonymous, catch-all confession I that I was used to.

I took his advice.  I sought a recommendation from my rector, who said, "I know just the person for you," and he pointed me to the great priest who is still my confessor.  I was open to his suggestion, but knowing the priest in question, I wondered how vulnerable and exposed I would feel in the confessional, to reveal my brokenness to someone I so admired. We debated whether it would be better for me to choose a confessor who knew me or whether I might be less inhibited by a priest I did not know.  There is safety and comfort, after all, in anonymity.  After much debating back and forth, I decided that I wanted my confessor to know me, so that he could offer me counsel and guidance over the long haul that would speak to my unique situation, my own set of virtues and foibles.  If confession was supposed to be a regular spiritual discipline, shouldn't my guide know my patterns of sin and misguidedness? 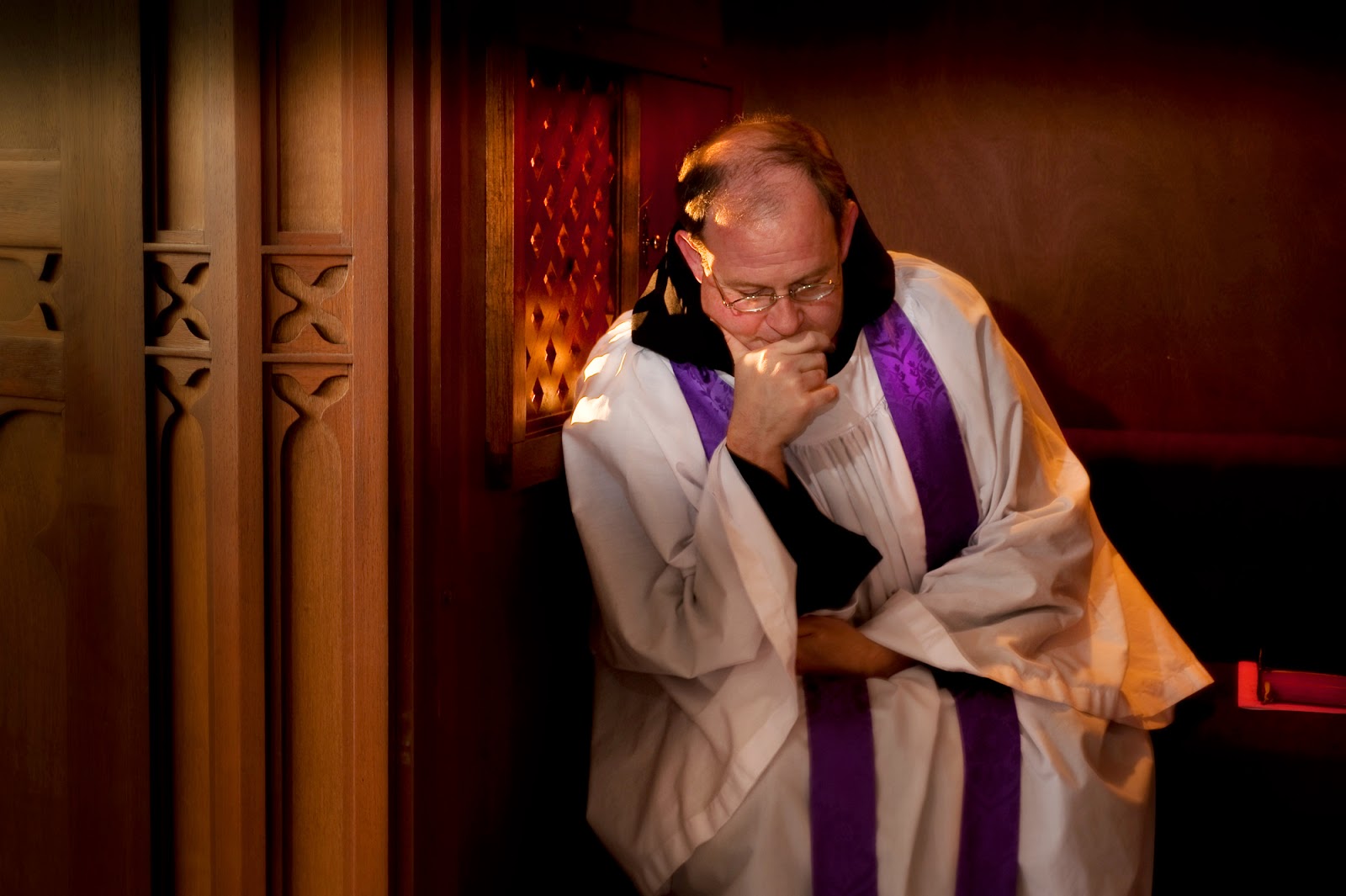 So, like many adolescents of a bygone age, I prepared for my first confession, which took place on 17 December 2010.  I obviously cannot reveal what was spoken in that space of sacred trust between confessor and penitent, but suffice it to say, I arrived with a very long list of sins and trespasses.  In the end, I prioritized and focused on the ones I thought were the most grievous.  We talked about them; the priest offered me spiritual advice; and I recited the psalm he assigned to me as penance, or rather, as nourishment.  The fascinating thing is that my confessor is so well practiced in the art of hearing confessions that he always seems to know the psalm, canticle, or reading that will be most useful to me to engage in that state of brokenness.  I find to my amazement that the teaching of the particular psalm sticks to me for weeks afterward, marinating in my mind and heart as I seek to lead a better life.  I am grateful that my confessor has come to know me, because I seem to return to the confessional with the same set of sins and struggles that separate me from God and my neighbor. Thanks to his help, I have come to recognize the sinful patterns in my thinking, feeling, and behavior, which has improved my mindfulness and discipline.  In this way, confession complements the work I do with my spiritual director. 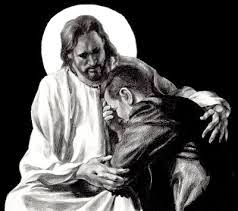 I am still nervous whenever I walk into the confessional.  It is anxiety-producing and embarrassing to lay bare all of one's lesser qualities.  My confessor, however, reassured me one Friday morning by reminding me that "we come to confession for forgiveness, not condemnation."  Indeed, as another experienced priest shared with me when I was still a seminarian, "it is humbling for a confessor to be asked to forgive sins that he or she also commits."  And now that I am a priest, I've experienced that sentiment myself.  There is an intimacy that develops between confessor and penitent that one must be willing to accept by the gradual building of trust.  Even in the Anglo-Catholic parishes where I have served, the number of people who avail themselves of this sacrament are few, which is a shame. Part of this reticence has to do with lack of encouragement and teaching on the subject and the failure of clergy to lead by example.  Priests of Fr. Orpen's generation were trained for this.  They get it.  Sin, moreover, is a concept that is out of pace with the ethos of postmodern culture, and yet I would argue confession is nonetheless just as vital and needed in a world that is severely wounded.  As proof of this, I received a surprising request for an impromptu confession while doing Ashes-to-Go this year, and so, grabbed a corner table at the Starbuck's, heard the confession, and pronounced the Church's absolution to this stranger in distress.

I now go to confession about four times a year, although I used to go monthly, which I think is a much better schedule, matching the regular grounding I get in spiritual direction.  Perhaps that should be one outcome of my Lenten preparation this year.  Another should be to teach the faithful about the theology and benefits of the sacrament of reconciliation.  And a third is to encourage each other as priests to embrace this sacrament by hearing each others' confessions and by developing mentoring and apprenticeship relationships between seasoned confessors and priests inexperienced in this role.  So, to those priests of an earlier generation:  we are eager to learn from you.  Teach us.  We are ready, for the harvest is great, but the laborers are few.

Prayers for a holy and transformative Lent.