In the Fiery Furnace 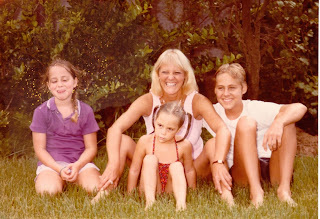 Growing up in Florida, I am used to the heat and the humidity. I spent my summers as a child running around barefoot in a swimsuit, only jumping out of the pool for an hour or so when the rain made its scheduled appearance late every afternoon. My feet developed asbestos soles from the many games we played unprotected over blacktop roads and concrete driveways. Sunscreen was purely optional. I braved fire-ants and giant, flying cockroaches. I wandered in woods inhabited by eastern diamondback rattlesnakes and alligators. And muggy doesn't even begin to describe the oppressiveness of the air during the summer months. Yet none of this ever seemed to bother me much.

The extreme heat this past week reminded me of how cavalier and resilient I used to be when I was young. When I walked into the church early Sunday morning, I discovered that someone had accidentally turned the heat on overnight. The whole first floor was stifling. Over the course of the morning, I began to feel weak and a little sick. My heart started racing about halfway through the second service, and I realized that I was likely suffering from dehydration. After mass was over, I knocked back several glasses of water and was fine. Later that day, I stretched out on the sunny lawn at the Ravinia Music Festival, eating a picnic lunch and watching Star Trek while the Chicago Symphony Orchestra played the score live. With the temperature in the mid-90s and the sun blazing directly overhead, I was pretty miserable until the sun started to go down. The heat had completely drained me, and I thought, "What happened? I used to be tougher than this."

Human beings are delicate creatures. I envision Shadrach, Meshach, and Abednego in the fiery furnace in the Book of Daniel. In this story, the three Jews defy the Babylonian king, Nebuchadnezzar, declaring, "If our God whom we serve is able to deliver us from the furnace of blazing fire and out of your hand, O king, let him deliver us. But if not, be it known to you, O king, that we will not serve your gods and we will not worship the golden statue that you have set up" (Dan 3:17-18). The story emphasizes not only faithfulness to God in the most oppressive and dangerous situations, but also the fragility of human beings and their ultimate reliance on God. It made me mindful of our homeless sisters and brothers who have to suffer the oppressive heat--not to mention the brutality of Chicago winters--without any guarantee of shelter or comfort. How do they cope when the heat is too stifling and their bodies begin to buckle? How do we help to deliver them, in God's name, from the furnace?