Of Sausages and Saints 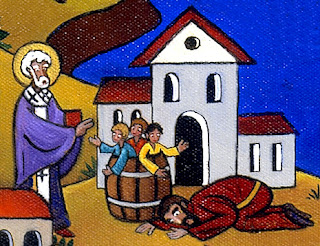 As I watched the children rush exuberantly into the sanctuary on Sunday to listen to the story of St. Nicholas, I was reminded of the overwhelming responsibility the Church has to children, on a number of levels.

The most important one is the responsibility to keep them safe from harm. During my homily, I told one of the classic stories of St. Nicholas and children--the one where the evil butcher grinds them into sausages during a famine, and St. Nicholas grinds the sausages back into children to the peoples' amazement and relief. Another version of the story has the butcher curing the children in barrels, and then trying to sell them off as hams. Of course, St. Nicholas foils the butcher's wicked plot in this telling, too. I alerted the congregation ahead of time that the story might be shocking, but that it would turn out just fine in the end. There were understandably several very audible quick intakes of breath and groans when it became apparent where the story of was headed. When I was at St. Nicholas in Elk Grove Village, we told that story just about every year, and the children acted it out with great enthusiasm, running around the sanctuary to wild peals of laughter as they were turned into sausages. The story, of course, is situated in the fourth century when Christianity was the newly minted religion of Constantine's empire, following decades of persecutions and gory martyrdoms at the hands of the Roman state. Life was brutish and bloody, and so the core stories of Christianity were often bloody, too, even the ones that had happy endings. 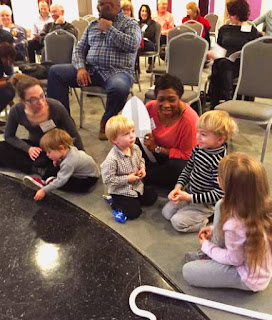 What makes the story so worthy to be told in the 21st century is the way it emphasizes the church's role in protecting children. Yes, we should all ensure that the parish is a place where sexual misconduct is an impossibility by creating a culture of transparency and accountability, and requiring anyone who works with children to go through Keeping God's People Safe training. But that's just a first step. While I was preaching and offering the mass intention for the day, I was deeply mindful of the many children who suffer from violence on our city streets and around the world, because of gun violence, sexual abuse, neglect, child labor, and human trafficking. Are not these things just as horrifying as the story of the evil sausage grinder? Shouldn't we express our shock and outrage when we hear these things happening on a daily basis? Few of these children have the happy ending they deserve. In the story of the sausages, St. Nicholas, the patron saint of children, swoops in to save the day, and the Church in our day should be prepared to do likewise. 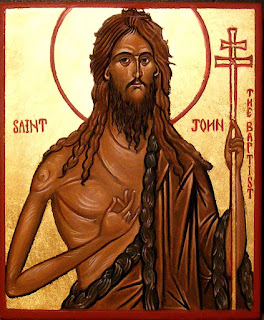 Earlier in the day at the 8 am service, I preached on John the Baptist. In the face of so much abuse of children, his call to repentance, to prepare the way of the Lord, is the perfect response to the story of the sausages. The Forerunner might look wild and scary--perhaps today he'd be a street preacher with a megaphone and a placard scrawled with words of doom--but I would argue that his unapologetic call to repentance and action is completely appropriate in the face of so much evil.  It is also fitting that, on this the feast of the Conception of the Blessed Virgin Mary, we reflect on how we can care for and protect mothers, who in their turn, must often face the same sources of abuse and violence as their children. Today, we commemorate the conception of the baby Mary, whose soul would magnify the Lord, and who would in turn become the Blessed Mother of Our Lord, Jesus. May the Church take seriously its responsibility to protect children, mothers, and all those who suffer from violence and abuse, as Nicholas and other saints great have done throughout the ages. Their stories--gritty, gory and shocking though they may be--still need to be told, so that we might be reminded of our responsibility as the Church to protect the vulnerable among us.