On Winners and Losers 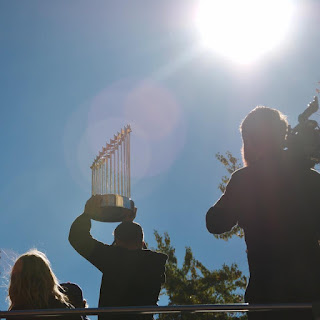 Yesterday, my husband and I lined up early to get a good spot to watch the parade to celebrate the Cubs World Series' victory after Chicago's 108-year "curse". I should own up right away that I am not a baseball fan, not even a fair-weather fan. Even though I live less than a mile away, I have only been to one Cubs game at Wrigley Field. I can't quote statistics or tell you the names of the players or what position they play. And yet, I shared the fans' anxiety when our 6-3 lead was nullified in the eighth inning, followed by an infuriating 17-minute rain delay. And then, when it was all over in the tenth inning, and the city erupted in a wave of euphoria that I could hear from 52 floors above through my bedroom window, I was overjoyed, too. That may seem hypocritical, but as a Chicagoan, I was deeply moved by a warm glow of civic pride that took me quite by surprise. At the parade yesterday, the crowds parted generously to let a 98-year-old great-grandmother in a wheelchair get a front-row seat at the parade. After all, she had waited longer to see this day than probably anyone else there. Despite our reputation for a corrupt political machine and gun violence, on this day, we displayed and reveled in our best nature. I felt proud to call Chicago my city. 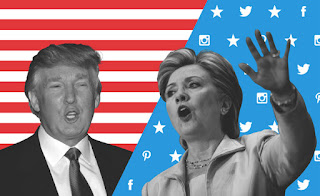 This moment has served as a stark contrast to the other great winner-take-all contest: the US presidential election. You will not see me post political comments on social media, even though I do hold very strong personal opinions about candidates and issues. As a priest, I have decided that to do so would be to foster polarization within the congregation I am called to serve. But I will admit as we enter the final days of the campaign season that I have found the polemics and rhetoric wearying and distressing. Instead of bringing out our best behavior, the various political campaigns (and media outlets) have veered alarmingly from traditional standards for civil and respectful discourse. Abusive, ad hominem attacks have taken the place of thoughtful debates of ideas and policy proposals. I am eager for it all to be over. Whichever candidate breaks through the 270 threshold, I think we need to acknowledge that this polarizing, divisive campaign season has revealed fractures in our electorate, in our civil society, that we need to address. What we all need now is a remedial course in civics (remember that class from high school) to remind us about our values and the obligations of being a good citizen. 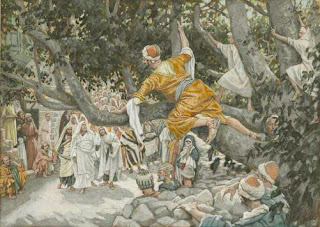 Last Sunday, we heard the Gospel story of Zacchaeus, the tree-climbing tax collector from whom Jesus seeks hospitality. Zacchaeus too was the subject of nasty public discourse: "All who saw it began to grumble and said, ‘He has gone to be the guest of one who is a sinner.’" Jesus defies public opinion and engages the tax collector as a friend, knowing that what matters is not the person's status and role in this world, but the cleanness of his heart and actions. Jesus responds to Zacchaeus' promise to return four-fold any unjust financial gains by proclaiming, "‘Today salvation has come to this house, because he too is a son of Abraham. For the Son of Man came to seek out and to save the lost.’" The story's focus on undermining the conventional paradigms of the lost and the saved, of winners and losers, is a sobering call to re-examine our own consciences in a world that seeks to turn human beings against each other. What would it look like if we could learn to be not only better Christians, but better citizens, galvanizing around shared values and achievements, grasping at hope in the face of overwhelming odds, even a 108-year curse? In a tight race for victory, let us never forget that winning is as much a matter of character, as it is about numbers, power, or metrics. It is in the way we play the game that we state the kind of people we really are.